This Pack of Nit Wits

The incredible viciousness being tossed back and forth between Romney and Gingrich makes me laugh, albeit through my disgust.  Each has a really big problem with something they should have learned when they were kids........ telling the truth.  I understand this "is politics."  But lying just shouldn't be acceptable in any venue.  The lies are legion, nonsensical, blatant, hypocritical, malicious, reprehensible, groundless and erroneous.  The two of them sound like immature, emotionally undeveloped, nasty little boys intent on outdoing the other in name calling.  Neither is Presidential material.

Each has enormous detrimental baggage.  One clearly is lacking in character and integrity and has honed his lying to a very high degree.  The other pads his answers to mean whatever will pass muster to the particular audience he speaks to.  He has no idea what he believes because those beliefs change so frequently depending on the audience he is speaking in front of at the time.

Both take credit for things they were never really involved in.  Gingrich  says he is the successor to Ronald Reagan even though Reagan did so many things Gingrich is against, like raising taxes more than a dozen times.  Romney takes credit for creating thousands of jobs, citing, as an example, the success of Staples.  Romney was with Bain Capital, not Bain, a completely different company which was involved with Staples.  Romney wasn't a job creator, he was a job destroyer.  He and his cronies took over companies, took out the money, left the companies with debt, sent jobs overseas and left the companies to collapse, thereby putting an awful lot of people out of work.

Gingrich had to leave his position as Speaker of the House in disgrace; he is an adulterer as is his current third wife, is a race-baiting bigot who thinks Latinos and Blacks are somehow lesser human beings.  He is bombastic, pompous, ungracious and histrionic.  He is hardly presidential.  He makes a mockery of the Constitution and all that is good in this country.  He has no empathy for the working people of the United States...the ones who help make this country great.

Romney has no idea what most Americans struggle with in living day to day, trying to survive job losses, house losses, paying ungodly amounts for health insurance, having no health insurance, taking jobs that pay very little.  He inherited his obscenely huge amount of money.  He was a one-term governor of Massachusetts who, apparently, did so lousy a job that he wasn't re-elected.  The only good thing he did was pass "Romneycare" which is much like the Affordable Health Care Act that President Obama passed and which Romney rails against.  Every position he takes changes with the wind.  He flip-flops faster and more often than a beached fish.  He apparently hasn't heard that there is audio and video of him everywhere voicing all his changing positions.

And then there is Ron Paul and Rick Santorum.  What is there to say.  One is surely a self-centered crackpot, the other a right wing Christian, mindless, bible-thumping, tactless stooge who wants to take the country back to the 19th century.

None of the 9 cretins running for the GOP presidential nomination has ever talked about what they would do to create jobs in this country.  They had no idea how to.  They only knew how to bash President Obama.  The GOP is the party of hate, class warfare, backwardness.  They look back instead of forward.  They want things to be as they were, no matter how bad it was.  They want to eliminate all the gains this country has made in education, health, environmental safety, food safety, equitable pay, equal rights, personal rights and on and on and on.  They want to take this country back, all right, back to the time when women and minorities were second class citizens.

This pack of nit wits is the best the Republican party has?  When G-d said, "All those who want brains, come forth," the Republicans came fifth.  Those left running are a very sorry lot.  They just need to go away and leave the country in the hands of people who care for EVERYONE living here, not just the ultra-rich 1%.  The rest of us, the 99% need our voices heard.  We'll have that chance by re-electing President Obama.
Posted by Life is more than sound bites at 10:00 PM No comments:

IT SUCKS TO BE A REPUBLICAN THESE DAYS 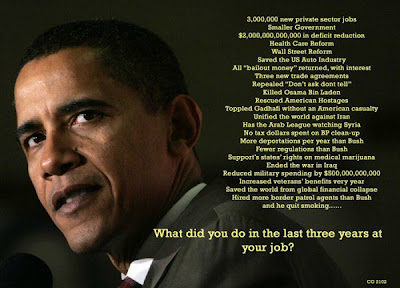 Posted by Life is more than sound bites at 9:43 PM No comments: