We've been in our Arizona home for over six and a half years.  In that time we haven't done much in the way of upgrading or changing anything in it except for improving all the closets with some built-ins when we first moved in and making one of the bedrooms into an office with built-in cabinets, shelves and desks.

So during this past summer, we tore out the Bermuda grass in the back yard.  That stuff was awful and hard and prickly.   The dogs hated to walk on it so they would walk on the bricks surrounding the grass.  We opted for replacing that grass with lovely pavers and stones which really made a pretty addition to our patio.  We then planted a strip of soft turf grass for the dogs over on the side of the pavers.  It looks pretty and the dogs really like that area.  A pergola will be added next year. 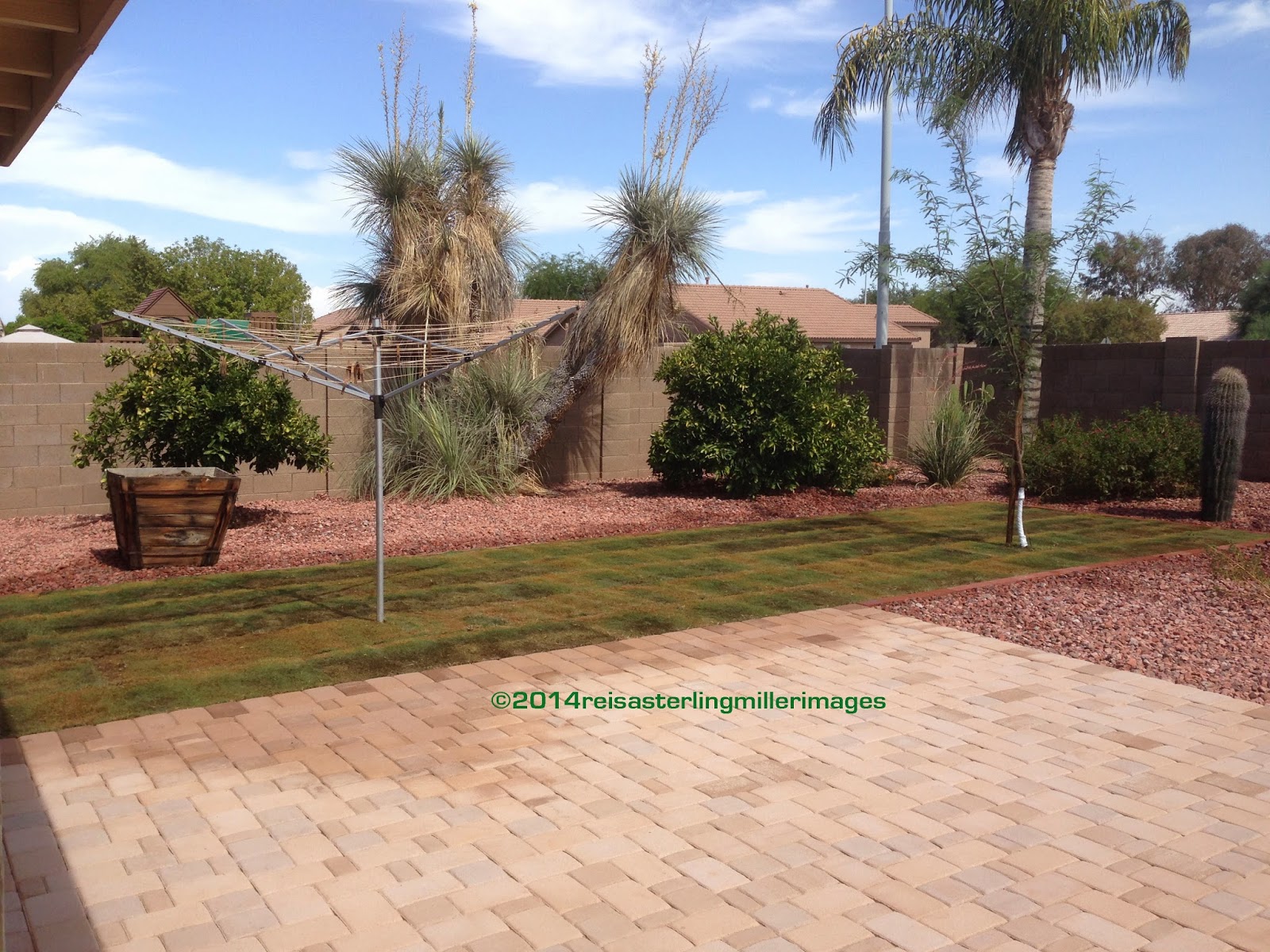 However, the inside of the house looked like it needed........... something.  Our kitchen counters were made of that wonderful "builders' special" stuff that looked like it would crack if you looked at it funny.  Well, it did crack......off.  A large piece came off where it could be readily seen.  So, it was time to actually do something.  Where to start!

So, along comes Lou, a good friend of Abbott's, whose first career was as a contractor.  He's done some huge projects both in Massachusetts and here.  He's the drummer in Abbott's band and he's quite a musician now.  He doesn't do "contracting" now.... but for me....well, sure.

We agreed to choose Ikea cabinets and Lou comes with us to the store, we choose what we like and Lou orders what we need.  Some of it isn't in the store.  It's in their California warehouse and some pieces still have to come in to the country.  So, we get our order ...piecemeal.  It's still not all here yet. Lou begins the demolition derby in the kitchen and pretty soon we have "kitchen stuff" piled everywhere in the house.   This is just what's on and under the dining room table. The spare bedroom is piled with stuff, too. 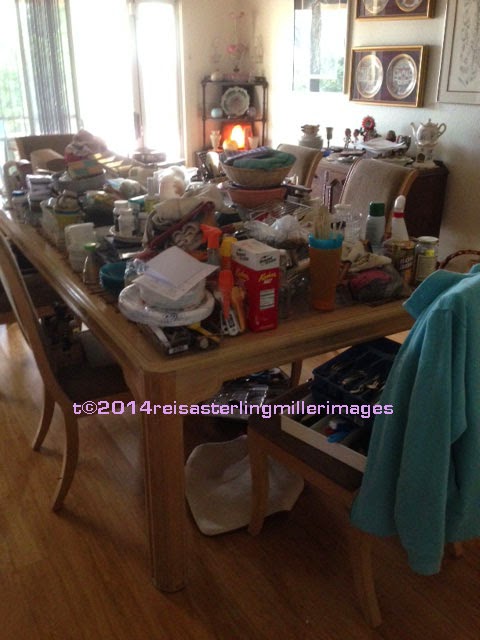 Our plumber unhooks the dishwasher and the sink and brings me a beautiful new stainless steel one that will go in when the new countertops go on.  Lou works alone and is a perfectionist.  At this point we are coping with no kitchen sink or dishwasher, no microwave, no counters, and stuff everywhere.  Trying to make some meals has become a game. 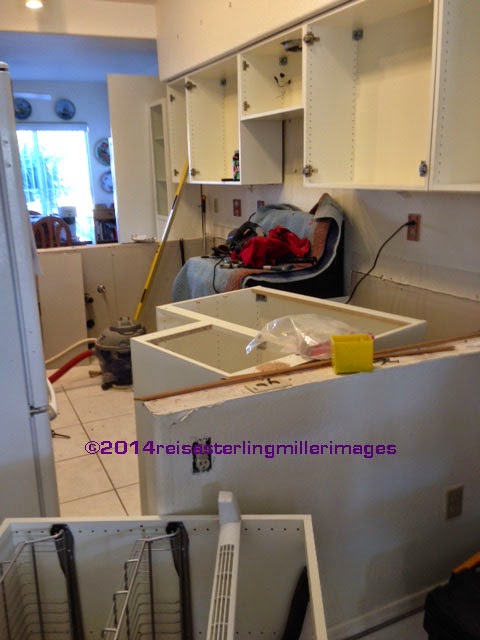 We have now chosen our granite countertops.  It looks like it will be at least a few more weeks before they come in.  But, at least the microwave will be in today, I can just about use the stove but I can't use anything too big to cook in because there won't be a sink until nearly the end of this project and I'll be damned if we're going to wash stuff in the tub!

It's an interesting project, seeing how each piece, as it's put into its rightful place, allows me to envision how lovely this kitchen will look when it's done.  A pain in the tuchus?  Yes, but worth it? Definitely.

Posted by Life is more than sound bites at 11:10 AM